Warning: count(): Parameter must be an array or an object that implements Countable in /home/customer/www/delmar.bennettbaypress.com/public_html/wp-content/plugins/social-autho-bio/social_author_bio.php on line 68
 Points of Inspiration: “Needs a disco or maybe dragons…” – Stephen del Mar
Skip to content 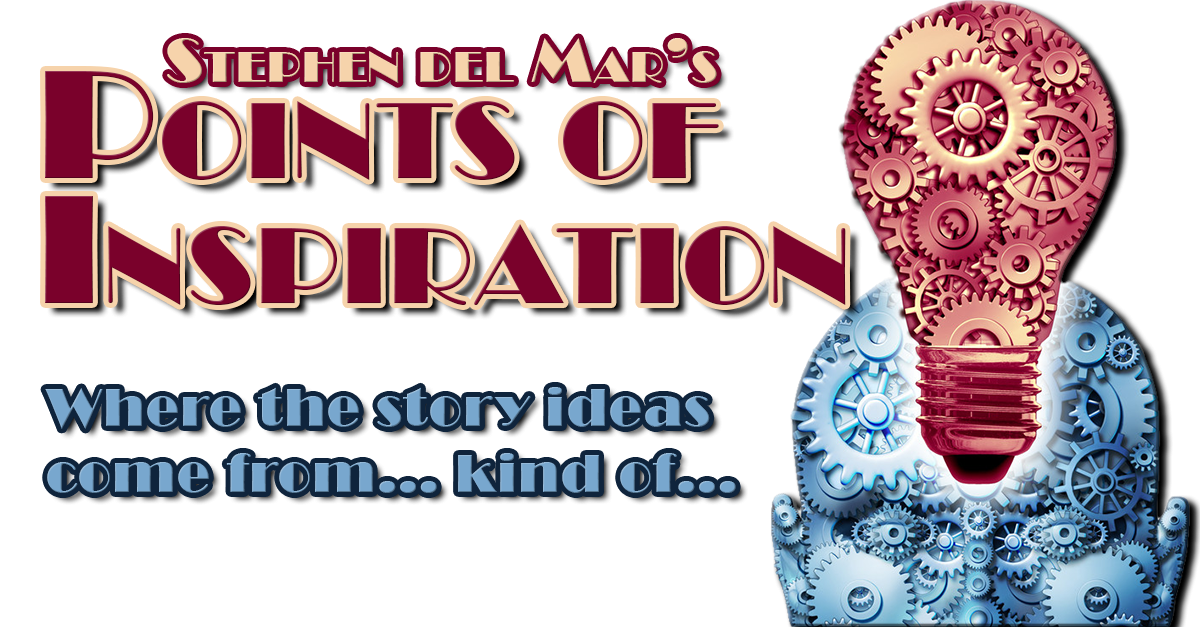 A few years ago, I was skimming through my Facebook feed when this nice pastoral photo of a meadow showed up from one of my friends. It had comments about wanting to be somewhere beautiful and peaceful.  Apparently, I was in one of my moods because I looked at it and thought, Meah. It was pretty, but it looked dull. I thought, It needs a disco. Then thought again, Or dragons. Hold it! Waite… a dragon disco!

My little muse boy shot his load. A dragon bar! Dragons would really like disco because of the mirror balls. Dragons like shiny things. And I toyed with the idea of dragons doing human drag—the shifter thing. But why would dragons want to look like humans? Aha, Muse Boy whispered. The sex. That’s the only way all the different types of dragons can have sex with each other.

Then I thought of turning things upside down a bit. It’d be a leather bar with a dance floor. (Leathermen like shiny things too—that’s why we have all that chrome on our leather.) I wanted to get playful with the BDSM trope. So I thought of this big badass leather daddy of a dragon getting “topped” by a twink. But we’re talking dragons here so we enter the realm of slayage. So what was the best and most cruel way to slay a dragon? Have him fall in love with you. So if in this twisted little world, love equaled death, would anyone still choose love? Do you have a choice?

It got dark there for a moment, but in the end, all love ends in sadness. There is no happy ever after because, for humans there is no ever after. One partner will eventually leave or die, so the fate of a dragon that loves a human is to die of a broken heart and in the end, lay down and become dust like their lover. Would you do that? Would you say, “Slay me?”

This is a short story, but it gave me the idea that a paranormal “underworld” could exist in my Bennett Bay world right alongside the “normal” fiction I was working on. This little seed gave rise to the Live Oak Tales and the other paranormal works that are set in Big Cypress County.

Check out the embedded sample of “Slay me,” said the dragon and see what you think.

So what off the wall things have inspired you? Sound off in the comments.

Thanks for stopping by!