Warning: count(): Parameter must be an array or an object that implements Countable in /home/customer/www/delmar.bennettbaypress.com/public_html/wp-content/plugins/social-autho-bio/social_author_bio.php on line 68
 Bennett Bay – Stephen del Mar
Skip to content 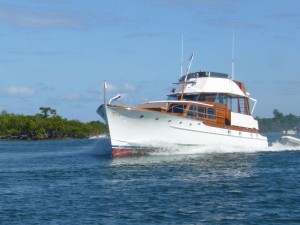 Well it’s past time for an update. I’m taking a short break from the Of Paradise and Purgatory story to work on a little short story I want done for the Halloween Blog Hop. The story is about Sean, Ethan, the twins Sky and Storm, and the Sheehan cousins. (All characters from Return to Cooter Crossing.) It takes place about two years after the events in that book. You can read the opening scene over on my Facebook group. I’m also posting some photos over there. More of this boat which is pretty darn close to how I envision The Broken Heart and a photo of a CT-65 ketch, which is the type of boat Aidan’s Uncle Paddy has.

Anyway, that’s what I’m up to. How are you all doing? 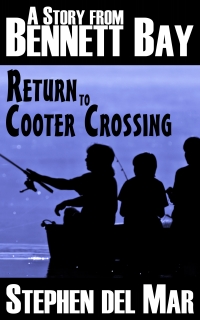 You hear a lot of things when you start out as a writer. One of the things I’ve run across is you shouldn’t write in different genres with the same pen name. Well I said phooey on that when I came up with the idea of my Stories from Bennett Bay. I envisioned a collection of stories bound not by genre but by setting and the people living there. I thought even people in the midst of paranormal fantasy drama still have some kind of mundane existence. They still have to go to the market. They go out and visit friends; they rub up against all kinds of folk. And I truly believe everyone has a story. I wanted to tell those interwoven stories.   END_OF_DOCUMENT_TOKEN_TO_BE_REPLACED

This work of Daniel Dociu passed through my Facebook feed and I couldn’t believe it. It looked so much like the mythology I have for the founding of Bennett Bay. The regular humans tell the story of the fleet of six Spanish ships that set off from Cuba to form a colony along the Gulf of Mexico’s northern coast. They encountered a hurricane off the Gulf coast of Florida. Three of the ships were lost and three made it to a little cove on the southern tip of a bay. They named it Bahia del la Esperanza, the Bay of Hope, and built their colony there. In time it became Bennett Bay.

The paranormal critters know that the ships were attacked by Storm Dragons. Even though these ships aren’t Spanish and this obviously isn’t Florida, this amazing image gets the idea across. Please take a moment and check out Daniel Dociu’s other artwork.

Note: Thanks to  Angel Martinez for finding the artist for me. I hate it when people don’t include the artist.