Warning: count(): Parameter must be an array or an object that implements Countable in /home/customer/www/delmar.bennettbaypress.com/public_html/wp-content/plugins/social-autho-bio/social_author_bio.php on line 68
 Quandary… – Stephen del Mar
Skip to content 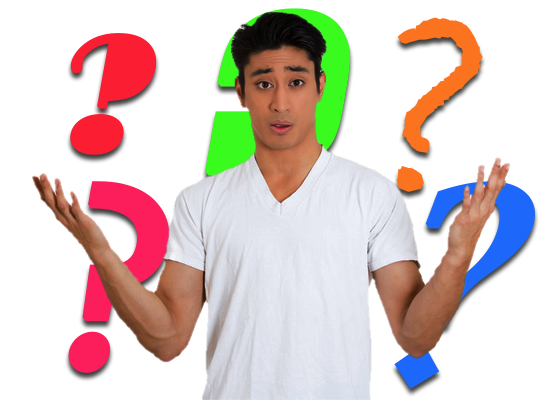 Quandary. I like that word. Kind of where I’m at this Sunday afternoon. Doing laundry and sitting in front of the laptop trying to get the old brain to settle into something. I need to work on my Work In Progress, which is a quandary in itself, I need to edit a video for a client, which should have been done by now, and apparently I’m futzing around with a blog post. Well, at least, that’s writing—right?

So for the writing quandary… About two or three years ago, I don’t know exactly when—time kind of mushes together, I came up with this idea of a collection of stories that shared a common setting and many of the same characters (The Stories from Bennett Bay). However, I really didn’t think of them as a sequential series, more like episodes, where each story is pretty much self-contained. I also thought it would be interesting to see the same characters in various genres. How would the same person act if they blundered into something paranormal or fantastical? That’s kind of what happens with Dieter in “Dark Love.” He has his mundane life running the restaurant back in Bennett Bay, but there’s a whole extra level of alternate reality going on out at the farm. And he brings little bits of that back with him into his daily life.

I started hitting little snags with the episodic plan as the characters started gaining depth and complexity. In the wacky way writer’s minds work, these are real people to me. And real people don’t really live episodic lives. We live moment by moment. Like in a story, we are always reacting, living a constant cycle of cause and effect. So, I’m always asking the “what happens now/next” question.

“Dark Love” ended with the death of Flora May Crawford. Yes, that was a hook for the next book, not that I knew what that would be at the time. But, she had to die, that was the price for saving Boris and Yanko. I don’t know if people got that. I’m punching that up in the book I’m writing now. My intention with DL was for it to be a little break from the big first novel I was writing for the Bennett Bay collection, “Return to Cooter Crossing.” It’s a contemporary southern family drama kind of story. I’d been working on it about a year and was stuck when National Novel Writing Month came up and I thought I’d just bang away at something silly for four weeks as a distraction.

I wanted it to be in the Bennett Bay/Big Cypress County world I’d been creating but I wanted it to be different. I thought I’d poke fun at the vampire-paranormal-romance thing and came up with my boy Boris. But things happened along the way. I found Dieter and his brother sitting out in the family barn. I’ve leaned against a post in the ruins of an old barn as the family farm was being sold—a necessary thing, but for me, a mournful one. As I wrote at a mad dash to make the daily word count, the story took on a depth. The humor is still there, but it moved past a vampire-like creature and a silly take on paranormal aspects of gaymale sex acts, to a story about family. It asks questions about who is family? What do we do when we lose family and finally, how do we form family? I think those are universal human questions, but the forming of family of choice has always been especially important to folks in the LGBT community. We are so often estranged from our birth families, and until recently, we couldn’t marry and children were often lost.

I went on and finished the first draft of “Return to Cooter Crossing” after DL was published, but there were a few questions nagging me from DL. One was the dragons. I came up with my dragons in “Don’t slay me,” said the dragon. That little short story has been one of the most popular things I’ve written. People have asked for more, but I wasn’t sure what to do with them. (This might be a good place to add an aside: I’m the type of writer known as a “pantster.” Unlike plotters, who have everything planned out ahead of time and have reams of notes about their world. I don’t. I make this stuff up as I go along in the first draft. The story comes to me as it does the reader, just slower and with a lot more typos.) The dragons get mentioned in DL and Blaze, one of the dragons in Slay Me, gets a walk on, but that was it. So, after DL it felt there needed to be some more about dragons, but I wasn’t sure what that would be. The big question was what are the repercussions of Flora May’s death? What happens to Max? How does this impact Innes and the circle of folk she gathered around her?

Suddenly I realized I had a series in the middle of my “non-series.” Oh, I envy plotters that have this all figured out! I’m calling this sub-series (I really don’t know what to call it) “Live Oak Tales,” since most of the stories revolve around the magical folk living in that area. The second book, “The Bear, the Witch, and the Web” deals directly with the death of Flora May. The central character is Max and in some ways it parallels Dieter’s story of him dealing with the death of his uncle Wolfgang. But Max’s reaction to the magic and the Fae Folk is different than Dieter’s.

The big thing for me was at the end of BWW, if finally figured out what the Water Stone is. And that set up the final book for “The Live Oak Tales,” “Hunter Moon and the Red Wolf,” which is where I am now. This was supposed to be a book about werewolves. In DL, Innes makes this crack about werewolves being real, how they live down in Miami and drink mojitos. I always had this vague idea of a posh bar somewhere on South Beach with a bunch of guys looking like Sonny Crocket from Miami Vice drinking mojitos. I also had the idea of a scruffy guy coming into the Gator Tale and ordering a mojito and Innes getting very suspicious.

So, the idea of HM was to bring wolves into eastern Big Cypress county, but the story’s gotten kind of complex. Flora May’s Circle is still grieving. Innes is lost in a way. Janos, the young man that took over the Crawford farm is trying to find himself, and the dragons are worming their way into the story big time. And the backstory from Cooter Crossing is cropping up too.

“Return Cooter Crossing” isn’t part of the Live Oak Tales, but the setting of Cooter Crossing is and therefore many of the same people are shared. Yes, only a true pantster would end up writing a series backward. So I’m working on three books at the same time. The plan is to publish them all at once. So the quandary? Pulling this all together. Hunter Moon has a number of parallel plot lines that need to converge at the climax and make some kind of sense . I’ve never done a story like that before. Kind of fun and rather nerve racking. Wolves and wyrms, such fun.

Well that’s the post for this time. Kind of a rambling mess I know. Sorry.

Good news, “Dark Love” is being reviewed over at Love Bytes. I’m told the post will go live on the 23rd. I’ll post something when that happens.