Warning: count(): Parameter must be an array or an object that implements Countable in /home/bennet60/public_html/delmar/wp-content/plugins/social-autho-bio/social_author_bio.php on line 68
 Con Reflections – Stephen del Mar
Skip to content 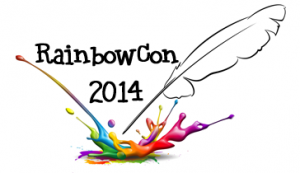 Well, apparently, a lot can happen in four days. Rainbow Con here in Tampa was my first writers conference and it was full of first for me. It was intense, fun, amazing, challenging and more stuff that I’m trying to work out. I’m still in processing mode and I’ll know I’ll be churning things for a while but I think this post will help me sort things out some. On that note, this post is going to be a lot of personal navel gazing, so feel warned.

One of the First of the First of the Con experience was interacting with real live people using my secret writing identity. It was weird to introduce myself as Stephen del Mar. Who was this guy? How much is he really me or am I him? Is there a pen persona that goes with the pen name? Yeah, I think about stuff like that. Did I need a back-story or “legend” as they say on MI-5?

The next interesting thing was meeting complete strangers that had read some of my stories. The reality is I am a very new writer and don’t have a lot out there so I didn’t expect that to happen. A guy came up to me and said he liked my book in the hallway after a panel discussion. I think I gave him a rather strange look because I was so shocked. It was just so very cool and unexpected. Meeting folks I’ve seen post and tweet online was a new experience for me, a good one. I think I’ve tripled my Facebook friends. The challenge will be keeping all the names straight in my head. I suck at keeping things straight.

The next cool thing was being surrounded by nearly 200 smart and highly creative people. Smart creative people that were over joyed to share their knowledge. I didn’t pick up on any of the publisher-published vs the independent-published stuff that seems to fill screens online. This was about writers talking about what it means to write, how and why we tell our stories, and the best ways to get those stories to readers. We had readers, writers, reviewers, editors and publishers all engaged in the conversations. We had serious and laughter filled discussions that ranged from normal writing stuff like World Building and Characterization to things like rape, stereotypes, and misogyny in writing. I’m not sure if this is standard Con fare but I was impressed.

And the last thing I want to ruminate about is the connections. Writing is a solitary thing and being an extreme introvert, I’m down with that. But it is nice to connect with others that get what you do and write. I think one of the lasting things to come from this conference is connecting with a number of local writers. I think there are about 10 of us so far on the Tampa Bay Rainbow Writers Facebook group. The goal is to meet up every month or so to get some face time with our comrades in words. I think there will be food and beverage involved. The best thing I can say about Rainbow Con is I’m really looking forward to the next one and I need to save up enough money to stay on site next year. I think I missed too much!

Oh and the organizers and volunteers were amazing because they made all the stuff I rambled about possible, not easy to pull off something smart and fun and they exceeded expectations. If you don’t go next year, you are a fool.