Warning: count(): Parameter must be an array or an object that implements Countable in /home/customer/www/delmar.bennettbaypress.com/public_html/wp-content/plugins/social-autho-bio/social_author_bio.php on line 68
 “Choice” in publishing – Stephen del Mar
Skip to content 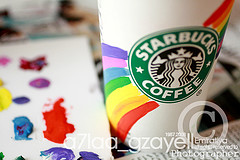 Hi there. Well it’s a rainy Sunday here in Florida, a great day for writing. I escaped the home office and I’m writing at the local Starbucks. Right now, the patio furniture is being whipped around by near hurricane winds and heavy rain. Yeah, it will be gone in fifteen minutes but hey, gotta love the drama. So before I actually got to the writing part of the day, I had to catch up on the social media and the RSS feeds. You know we self-published types have to stay up on the biz. And I came across an article on the x-number of reasons why “choosing” traditional publishing was so wonderful. I’m really getting tired of these. I mean if you want to spend your time and money trying to win the lottery, have a blast. Hell, when the Power Ball gets over 300 Million I lay out my $2 too. It is fun to hope and fantasize. Nothing wrong with that.

What gets my nanny goat is these writers who’ve hit the big time with the traditional publishing houses talking about it being a choice, like when I bought that Power Ball ticket I had the choice to choose to win or not. Damn I knew I should have checked the “I want to win” box! Then they go on to talk about all the rejections and abuse they got from agents and editors, but they hung in there for years. Let me say that again, YEARS, until someone finally liked their book. They claimed that abuse made them a better writer. That “abuse” is earning their right to call themselves a published writer. I call it a form of battered spouse syndrome. Really, taking that kind of treatment and then paying for it and saying it was good for you is just sick. It’s like hazing in a frat. No one wants to call it abuse because then you have to admit that your were abused so you just say that is the cost of membership and go on and abuse the next class because that is the way we have always done it. Can I have a course of BULLSHIT?

From all of the research and reading I’ve done over the last year on publishing, and I’ve done a lot, I don’t know how anyone can say that traditional publishing isn’t an exploitive and abusive industry. They take the lion share of the profit from an artist’s work forever for a few thousand dollars in services. And from what I’ve found, they really don’t do anything to really sell that book to actual readers. In traditional publishing, you try to sell your story to an agent or an editor at some publishing house. If you make it through that magical thing called a slush pile, a publisher might pick it up. They will do some editing for you. It seems your input on the editing varies. They will do a cover for you, again, writer input in cover design seems minimal if any. And then, they try to sell your book to a bookstore where it is give a few weeks to sell. That’s it. You book sits on a shelf in a place most people don’t even visit anymore for a few weeks. That is what you spent all of that time querying for? Understand, that is the big jack-pot for most traditional published writers. But if that is what it means to be published for you that is very cool. I just think the traditional publishers need to be clear it’s not a choice and you are forking over most of your royalties for about $2,500 in services (seems to be the average for editing a standard length novel and cover).

So I guess this leads us to the point of asking, why do you write? This probably has a lot to do about what publishing path we choose. I write because I want to tell stories and have people read them. It’d be nice if I made some beer and pizza money along the way. It’d be fracking fantastic if I made more that than that, but you know you just can’t count on that. Because writing and any form of publishing is a crapshoot, but it seems self-publishing can load the dice in your favor. I don’t know it has seemed that way for me. I know I’ve only had a few shorts and one novella our for a month and a half and thousands have read them. And I’ll be getting a check for enough to cover a pizza and beer. That will be the best tasting pizza I’ve ever had. And you know what? Those books and the ones to come will be on the virtual shelves earning money for me and my kin for my life plus seventy years. Even at thirty-five cents a shot (royalty on a .99 short story) and a few sales a day, that’s a hell of a lot of pizza.