Warning: count(): Parameter must be an array or an object that implements Countable in /home/customer/www/delmar.bennettbaypress.com/public_html/wp-content/plugins/social-autho-bio/social_author_bio.php on line 68
 The Writing Process – Page 3 – Stephen del Mar
Skip to content 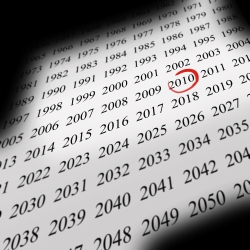 The right tools for the right job. How often has that been beaten into us?  I know I’ve used it more times than I can count. Humans make tools and need them. And lets face it without them we’re pretty much just standing around naked, which can be fun on a warm spring day, but after a while someone had to get something done.

The current WIP that is occupying the gray-matter is a science fiction tale with a strong romantic element. I’m one of those “seat-of-the-pants” writers so I don’t do a lot of outlining to begin with. I finally got to the point where I have a pretty firm ending lock down that I can work toward. The problem is a lot of the events are starting to mash up in my head. I know what needs to happen, more or less, before we get to the climatic and tear jerking ending. However getting them to all fall into some semblance of logical order is becoming annoying. Also I am writing in first person which means Mr. Hero kind of needs to show up at said events–all of them. Would it surprise you to learn that I hate day-planers in real life?

Anyway, I wanted a timeline tool. Pen and paper just doesn’t do it for me. I may be in my 50’s but I am a digital kind of guy. For example, I really had trouble cranking out anything until I ran across Scrivener. It lets you write in scenes and drag them around, kind of the way my brain works. I just can’t say enough good things about it. If you write, you need to at least give it a try. They offer a free trial so you really don’t have anything to lose. And it only cost like $40.  Okay end of commercial,  I was hoping to find an outlining tool for writers that would be as helpful as Scrivener.

There really doesn’t seem to be a lot out there. If you can recommend something I’d appreciated it.  I thought of using a spreadsheet. Yeah, I laughed too. Not going to happen. Calendar programs just are too chunky for writing, especially if you want to have backstory on the thing that goes back hundreds of years. The best thing out there seems to be Aeon Timeline. It is a timeline program designed for writers. The rub is it is Mac only and like the other 90% of the computing humans on Earth I use windows. So bummer. The developer claims to be working on a Win version, which is great, but I need something now.

So I spent the afternoon on Google. (Hey I can count this as research right?) And found a program in development on Sourceforge. Sourceforge is the place developers post programs they are working on–really stable pre 1.0 versions of their software. I’ve found some real gems there over the decades. Timeline is just that, a simple Timeline program. I just downloaded it and installed. It is very simple but it looks like it can work for what I need right now. It can span a very large time range, it has options to view millennium or centuries, and you can categorize events. So for the moment simple and free has won me over, at least until the fabled Windows version of Aeon finally arrives. For those folks out there that are writers, how do you handle timelines for your work?